Disjoint event means if an event occurs than other events can't occur simultaneously. That means joint probabilit will be zero P(A and B) = 0. We can say that disjoint events are very dependent. That is : when an event occurs with certain probability, then other event will have zero chance of occurrence. For example: when tossing a coin, the result can either be heads or tails but cannot be both. 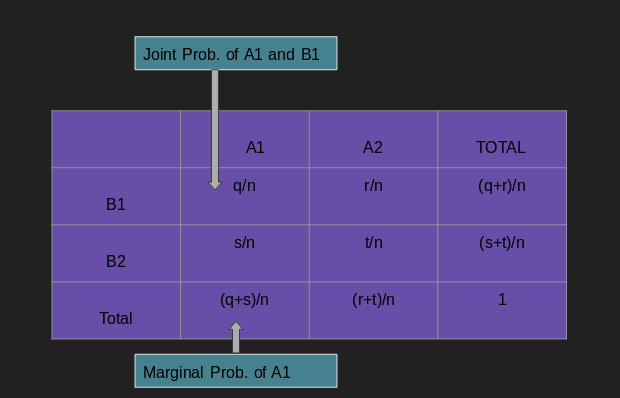 Let us take an example:

P(life expectancy=70, nationality=Nepal) = 0.5 means there is 0.5 chances of a person, picked from a population, is a Nepali and has the life expectancy of 70 years.

Mathematically, it is denoted as P(A | B).

Let us take an example :

Ans : Let C be the event representing emails having word 'Congratulations' and S be the event saying the email is spam.